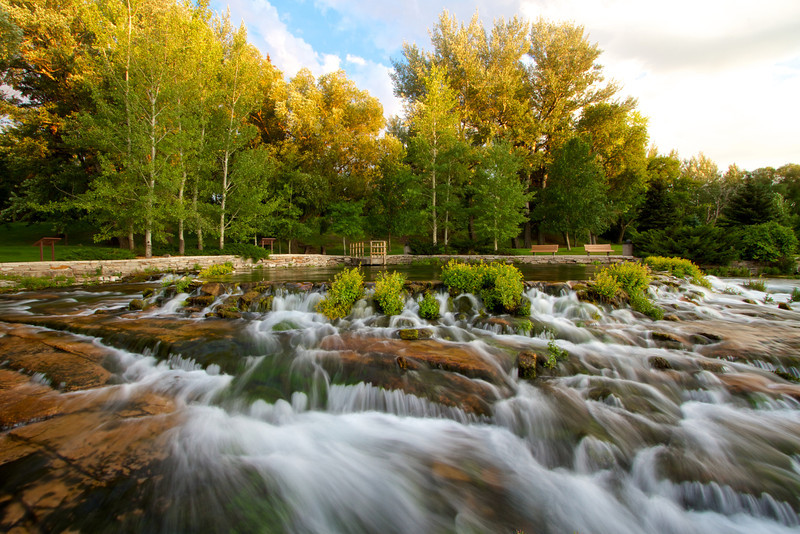 Giant Springs is one of the more majestic scenic outlooks in the entire state of Montana, but to many it is more than just a natural wonder, it is an inspiration.

It is such a large natural spring that it qualifies as a first magnitude spring with an outpour of more than 150 gallons per day. Most of this comes from the Little Belt Mountains nearby.

This melt-water flows into an underground aquifer that has been tested using chlorofluorocarbon dating to reveal that snow-melt in the range takes up to fifty years to be recycled into the discharge at the spring mouth.

Louis and Clark first described the spring for audiences on their journey west, and even the Blackfeet peoples used it as a readily available (unfrozen) drinking source through the interminably long Montana winters. Even before becoming Giant Springs State Park, the attraction has inspired countless people in myriad ways throughout the millennia. Here’s how:

A Giant Inspiration in Montana 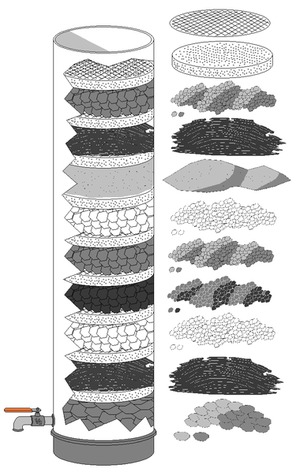 While not entirely inspired solely by Giant Spring alone, many homeowners use the filtration processes that cleans the water flowing out from the spring without ever even knowing it.

Much of the water that escapes the spring mouth, has gone through a fifty year filtration process through what geologists refer to as the Madison Limestone.

This limestone is a semi-porous strata of various carbonate rocks of the Mississippian age which act as an enormous water filter that makes the springs nearly crystal clear.

This is the same exact process (albeit much larger in scale) that home filtration systems use to make tap water just as clear.

A series of different kinds of rocks and silicates form a natural filtration mechanism that makes the water from Giant Spring so delectable.

This process is so good at filtering the impurities from the Little Belt Mountains melt-water that it is even bottled for sale locally, and used as a pristine source of water for a trout hatchery.

Homeowners won’t be able to replicate the scale of the springs to achieve the amount of water that it produces but with a little ingenuity, and some professional help to avoid the risks of water damage, the same quality of water can be brought to your home.

Despite being in Montana where everything is bigger, Giant Springs is actually the headwaters for what has been called the shortest river in the world by the Guinness Book of World Records.

The Roe River flows for about 200 feet supplied entirely by the outpour of Giant Spring, and if you’re wondering where all that water could go after such a short distance, then your geography is as bad as ours.

The Roe River discharges almost immediately into the Missouri River which also forms a border to Giant Springs state park.

Those looking for a hot dip will be disappointed though, as while it is a Giant Spring, it isn’t a giant hot spring. The mean temperature of the water coming from it is around 54 degrees.

While the majesty of the spring is well known to Montanans, few outside the state have heard of its splendor. So if you’re already nearby or plan to visit Montana, check out Giant Spring State Park and undoubtedly you’ll feel inspired from the wonder that is one of Montana’s greatest natural treasures.

Have you been to Giant Spring? What was your favorite part of the experience? Let us know in the comments below!